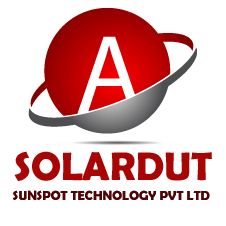 Solar awareness is a major area that requires immediate attention. Solar energy is one of the strong points that India should focus pointing to the fact its hunger with development areas in all walks of the technology. Stats show that in some parts of rural area status is improving. But there is still a huge amount of untapped energy source which a country size of billion people can utilize more precisely for better effects. Awareness to this amazing source of energy is among the lowest in people of India. There are doubts, misconceptions and uncertainty whether this technology is the right one for future.

Being renewable is one prime reason it should be taken seriously for future scope. Energy security, reliability, cost effective, better return on investment, independence as well as employment opportunities too. Pollution produced during electricity produces is none while there is some when solar cells are made. Maintenance is also low during operational stage making it the most favorable for residential use in house or home roofs too.

Solardut conduct training programs need to be developed in local languages to spread information on the benefits of solar energy and proper use and maintenance of the plants being installed in the villages. Also, the involvement of women is critical. Women are the main end-users of electricity in the households as they spend most of their time indoors doing most of the household chores. Empowering them would result in the empowerment of the entire society. Thus, specialized training programs need to be created for women and be delivered from time to time.

• A survey by Solardut, has found awareness of renewable energy and energy efficiency very low among consumers. However, the survey found that 70 per cent of the consumers were willing to pay higher for electricity from renewable energy sources.

• According to the survey Soalrdut Awareness only 40 per cent of consumers had heard of ‘renewable energy’ or ‘clean energy’, and only 30 per cent had heard of ‘energy efficiency’.

• Solardut surveyed more than 500 rural consumers in Madhya Pradesh that led to a strong evidence that consumers were willing to pay more for uninterrupted power and the opportunity to use renewable energy. This survey was conducted in areas around Balaghat, seoni, Mandla, Dhindori and Chhindwada.